This mini episode features Atlas of Canada.  Originally released in 1981 by APX.  The author was Atari, Inc.  It is basically the same as Atari States & Capitals, and European Countries & Capitals.

None that I have found, other than the manual.

Atlas Of Canada in Action

Boot to BASIC, then use CLOAD to load, and RUN to execute (for cassette).  Use RUN “D:ATLAS” (for diskette): 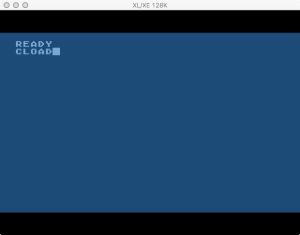 Partway through the game.  Completed landmarks have dotted outlines while the landmark currently being asked has a solid outline: 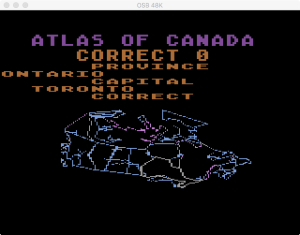 Final score after my first run of the program.  As you can see Canadian geography is not a good category for me:

Atlas of Canada is distributed on an Atari DOS 2.0S single density disk.  There are only 4 files on the disk 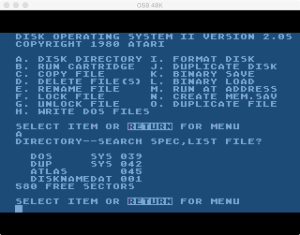 Scanned Atlas Of Canada manual can be downloaded from AtariMania or Internet Archive.

Intro music is an excerpt from a chip tune by Wizwars named 8 Bit Raceway.  It is used under Creative Common license Attribution-NonCommercial-ShareAlike 3.0 United States.

This site uses Akismet to reduce spam. Learn how your comment data is processed.